Thanks to its astonishing array of remote landscapes untouched by humankind, South America serves up some seriously surreal stargazing.

As dusk settles on this southern continent, prepare to be greeted by a breathtaking blanket of stars peeking through the inky night sky. Owing to minimal light pollution in many areas and the all-round natural beauty of this vast continent, stargazing in South America is the perfect way to round off an evening.

Here, we’ve selected five great South American destinations that are now open and can include stunning star gazing experiences as just one of their many attractions.

Leading the way, the Atacama Desert is almost unbeatable when it comes to stargazing, attracting experts in astronomy from all over the world. Being one of the driesst places on earth means it experiences more than 300 cloudless nights each year— so you can be sure of a mind-blowing display above. 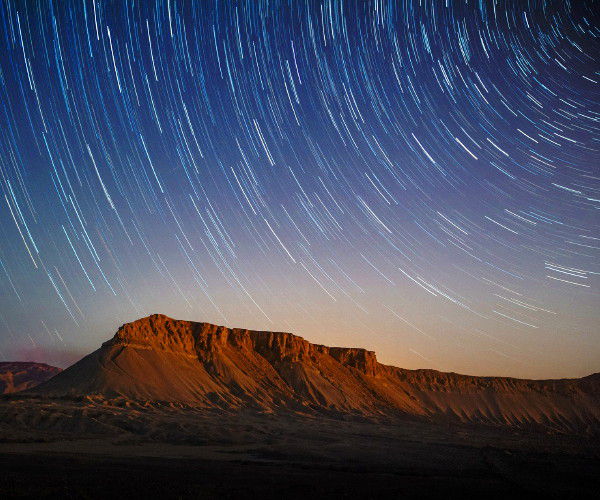 By daylight, Atacama’s red-rock canyons, sputtering geysers, and alpine salt lakes offer hours upon hours of adventurous exploring. In this same vein, nightfall is no less spectacular in this northern Chilean wonder. In the Atacama Desert, constellations clutter the dark clear skies above this stunning desert environment.

Near the tiny village of San Pedro de Atacama, observatories dot the stony landscape, and top-notch astronomical tours, like Una Noche con las Estrellas, provide open-air viewing all year-round. Even more important to astro-travelers, Atacama provides a clear view of the spectacular southern sky, which is largely invisible from countries north of the Equator. 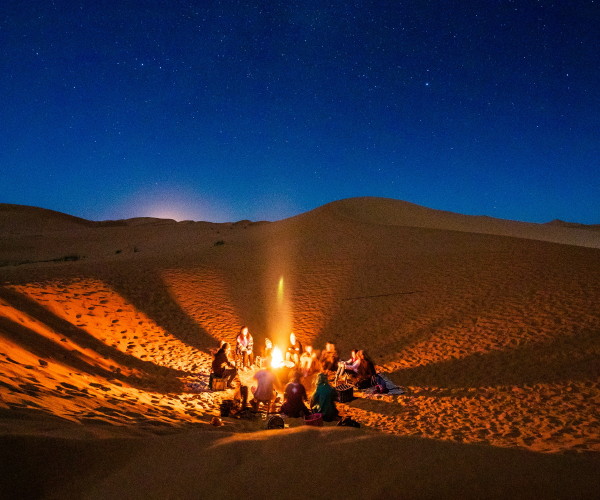 Maybe this explains why almost half of all telescopes can be found in Chile. All and all, this makes the country one of the most ideal and romantic places for some serious stargazing. 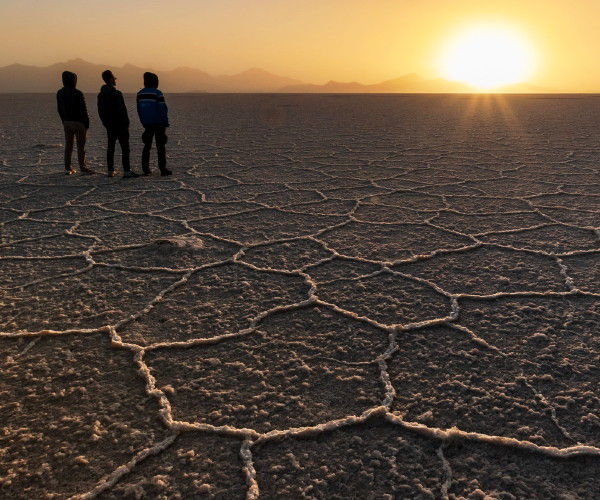 Bolivia is home to one of the most surreal sights in South America. The Salar de Uyuni, also known as the world’s largest salt flats, is 4,000 square miles of reflective blindingly white surfaces and a wide horizon perfect for stargazing. In the dry season, this white expanse of bleached earth might remind you of a scene from the Game of Thrones’ “beyond the wall.” However, during the December-to-May rainy season, stargazers in Uyuni get an extra bonus: A light sheen of water often covers the surface, which becomes a vast mirror perfectly reflecting a star-filled sky overhead. The feeling is one of walking in space among those heavenly bodies. 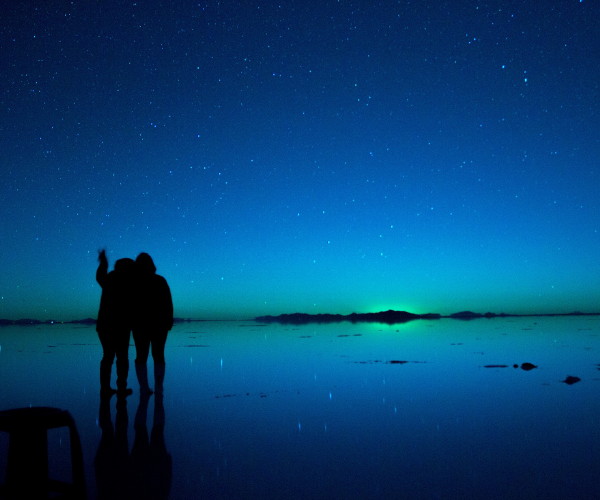 By night, there’s world-class stargazing above the wide horizons. Reputable operators offer private stargazing tours from the towns of Uyuni or Colchani on the edge of the salt flats. They also arrange worthwhile stays at the best hotels in the area, including the Hotel Palacio de Sal – a luxury hotel built from salt blocks!

With twinkling light bouncing off the snow-capped mountains while simultaneously being reflected in the glistening lakes, when the weather is fine and the sky is clear, Patagonia is another amazing place to enjoy the night sky. 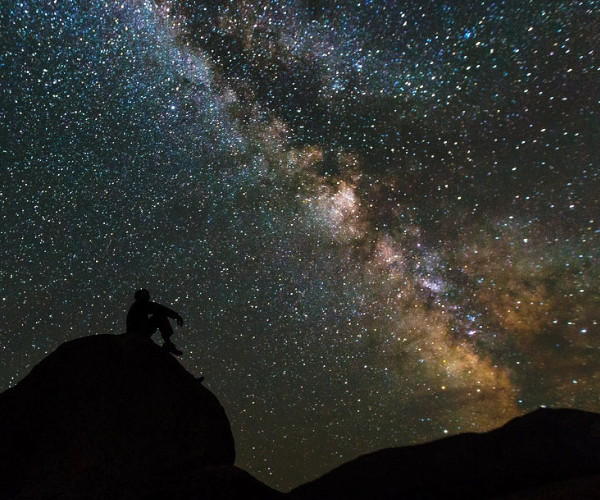 Amidst the snowcapped Andean peaks of this region of southern Chile and Argentina, cloudless winter skies make for some of the easiest stargazing on Earth. The jagged mountain peaks with their skyward stretching glaciers are the perfect complement for the Southern Hemisphere skies that glow in the night as a myriad of blazing stars light up the stark, white ice. Although the skywatching is difficult to beat when the skies are clear, the cold and unpredictable weather means Patagonia isn’t always a safe bet, but when it’s good… it’s nearly unbeatable.

In Patagonian destinations such as El Calafate, Argentine (a small traveler-focused town near the edge of the Southern Patagonian Ice Field) sky-gazing excursions are offered that combine stargazing under the open sky with a telescope, as well as projections on galaxies, nebulae and stars. Experienced astronomers are there to point out the constellations and their mythology, as well as assist in astrophotography and light painting. 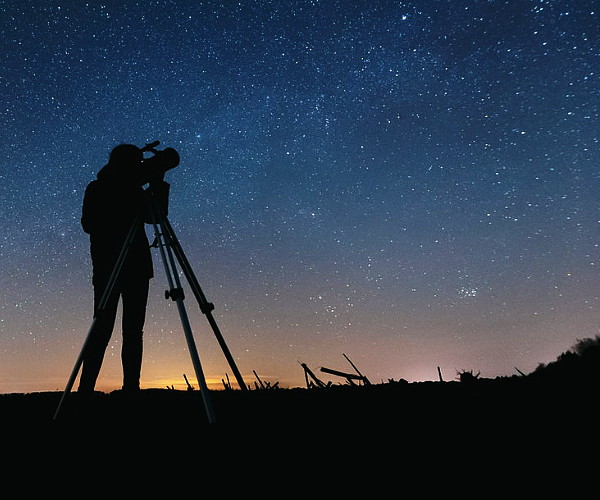 Indeed, all across southern Argentina and Chile, Patagonia’s perfect blend of low levels of light pollution, high altitudes, and clear skies all year round pave the way for some of the most breathtaking night skies that your eyes could ever witness.

Though small in size, Ecuador has astonishing diversity: Andean peaks, Amazonian rainforests, a dazzling coast, and a world-famous archipelago off the mainland. On this last point, we’re talking about the Galapagos, a chain of volcanic islands that are home to lumbering land tortoises, exotic avian life, and otherworldly landscapes, which all combine to make for the most adventurous and romantic vacations. 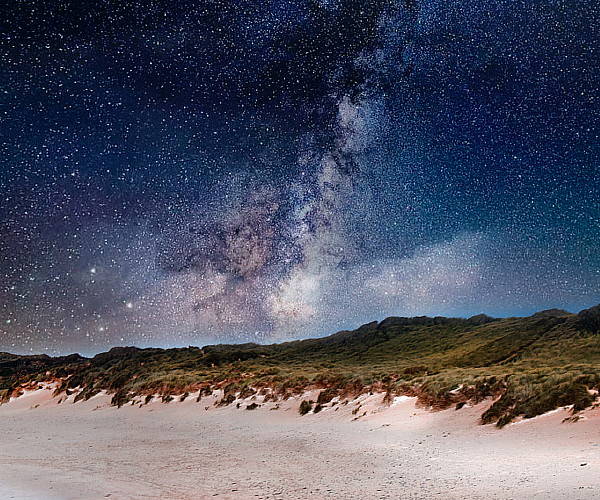 The islands also exist as a stargazer’s paradise. With literally zero light pollution and equatorial positioning where travelers can see constellations of both the northern and southern hemispheres, the islands are well placed for stargazing, particularly on sparsely inhabited islands like Isla Isabel, Isla Floreana and Santa Cruz. But for optimal viewing, take a luxury cruise, where the captain will turn off the ship lights while out at sea.

All of the yachts in the islands have naturalist guides to help light the way. Experts stargazers say you should try to get at least 5-10 miles offshore to minimize light pollution, but 25 miles or more and you will get truly dark skies. Try to plan your trip when the moon isn’t full, then lay back on deck and you’ll feel like you can reach out and touch the stars around you. Just sit back, relax and prepare for the show.

The mere mention of the country Peru makes one think of the handsome ruins of Machu Picchu or the arid Nazca desert, home to the mysterious Nazca lines. While experiencing the “Land of Hidden Treasures,” get off-the-beaten-path, to experience Lake Titicaca, a spiritual center of the ancient Inca civilization. 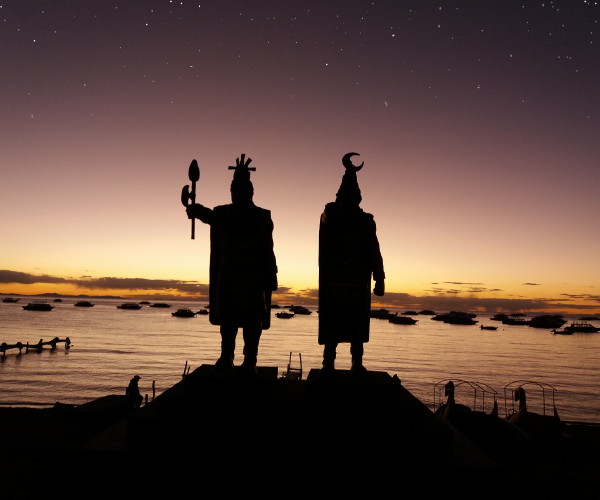 Peru’s Lake Titicaca is serene, magical, tranquil, and simply flush with Peruvian folklore. Sitting at over two miles above sea level, it’s the world’s highest navigable freshwater lake, while boarded in places by the Andean mountains, which add to the stellar views of the southern night sky.

For an even better vantage point of the Milky Way galaxy, which is nearly directly above the vast lake, head out to one of the human-made floating islands of Uros (constructed of reeds), where light pollution is virtually non-existent and the skies are crystal clear. Find yourself stumbling for words as the sky explodes into a mind-blowing display of the cosmos.

Rapa Nui, better known as Easter Island, is a treasure trove of cultural intrigue, folklore and fairytale, outdoor activities, and an entirely unique ancient history, making it one of the all-time highlights of South America. 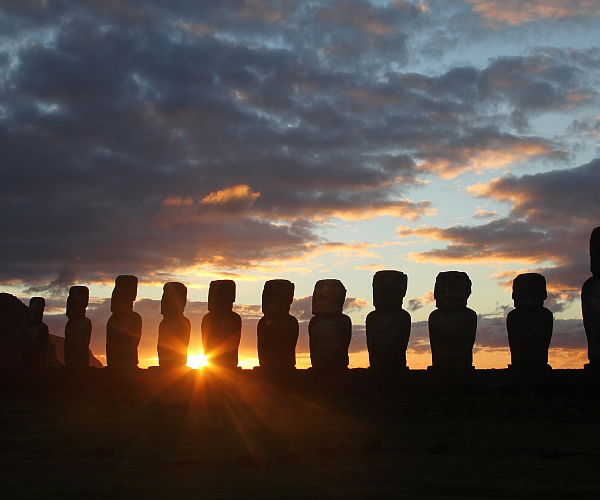 The island is best known for its hundreds of legendary Moai statues, which were carved from huge rocks by the hands of the little-known ancient Polynesians. Not only is this volcanic island scenic, beautiful and intriguing in its own right, but stargazing here is something that must be experienced. In the dark of night, you can journey back in time to the world of the Polynesian voyagers as you learn about the history of Polynesian voyaging and settlement, navigational techniques, and the archeo-astronomy of Rapa Nui.

Head out to some of the island’s traditional observatory sites to gaze at the night sky on one of the most remote islands in the world, and view stars and constellations visible only in the Southern Hemisphere. 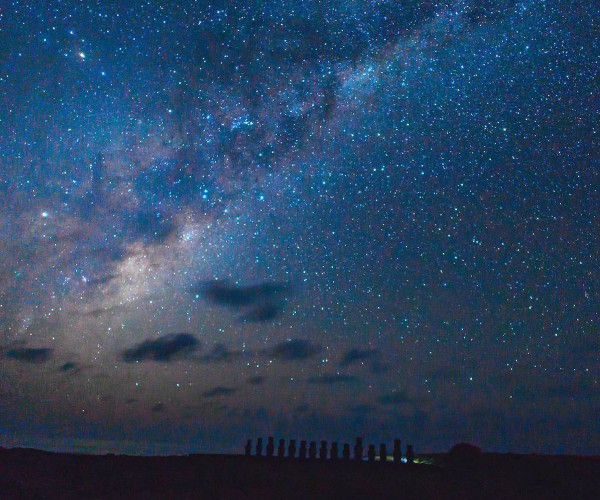 Your guide will point out stars and constellations of interest to the Polynesian navigators, relating some of the stories and legends that are tied to them, and explain techniques on how to find certain cardinal points of the traditional Polynesian compass by using the layout of the night sky. Look at the beauty of star clusters, nebulae, galaxies, stars, and planets visible through our high-powered telescope before of heading to the island’s famed Anakena Beach with the option of taking spectacular shots of the star-filled sky moai in the foreground.

So whether you are parents to a budding astronomer or looking for a romantic night away, there is nothing quite like spending the evening trying to pick out the constellations that adorn South American skies.