Last week was an intense week, inside of markets and out.

Russia invaded Ukraine and as of Friday, the conflict was still going at full-force. We’ve published an article on that already, so check that out for a more comprehensive breakdown. But here’s the bullet points as of early Friday:

Markets moved pretty wildy and in some ways, unpredictably, in response on Thursday. Here’s what happened:

Here’s a chart of the Russian stock market over the last few months: 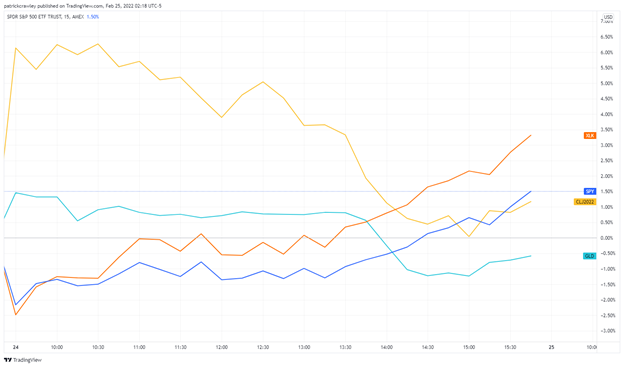 Looking to the S&P 500 individually, it broke down below a key support level only to quickly reverse in a classic Wyckoff “Spring” price pattern, indicative of significant buyer support and accumulation and suggestive of a new trend leg in the near future.

It’s interesting that it occurs on the day that Russia’s invasion of Ukraine began. Perhaps the market is telling us something? 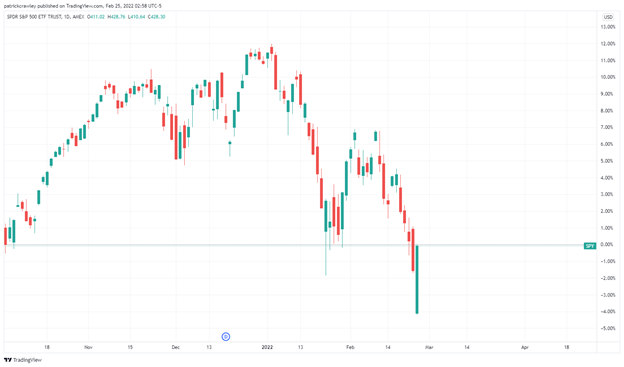 Other News From Last Week

We’ve all pretty much forgotten the rest of last week as a result of the escalation in what now seems to be a hot war between Russia and Ukraine. But some things happened anyway, although it was a pretty quiet week until the invasion:

What To Look Out For Next Week

However, here are some key assets to watch that might be affected by the crisis: 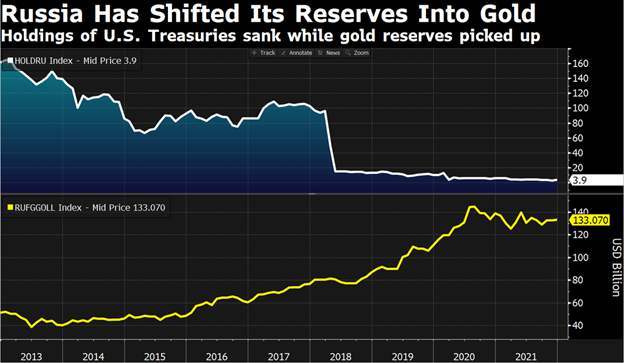 Earnings season is coming to a close, with over 450 of S&P 500 components having already reported. The notables for the upcoming week are Costco (COST), Target (TGT), and Berkshire Hathaway (BRK.B).

Nothing of note for Friday.

On Tuesday we get the ISM manufacturing report, which will give us crucial data on how the supply chain is performing.

The ISM is pretty well accepted as a leading indicator for GDP, since it compiles monthly qualitative and quantitative surveys with manufacturing purchasing managers, who happen to be pretty predictive of GDP growth.

With the first day of last week (Feb 21) being a market holiday, the market was relatively quiet until Russia invaded Ukraine.

Not only will there be more significant earnings and economic data, but there will invariably be very crucial events happening in Ukraine over the weekend which will determine where we open on Monday.