US stocks are climbing a wall of worry, yet again. Even amidst the most consequential global crisis in the decades in the Russia-Ukraine war, stocks are still rising, even to the point of being at pre-invasion levels after this week’s price action.

At the technical level, you couldn’t tell that the entire global economy is being shaken up amid high inflation, rising interest rates, massive supply constraints, and most of all, a huge war between a United States adversary in Russia and ally in Ukraine .

Two key things to point out about the technical picture here:

The aggressive price action and breaking of the ~4360 level broke the short-term downtrend pattern that formed on the daily chart. And as Linda Raschke says, momentum precedes price, and the S&P bounced off highs with momentum not seen in months. The probabilities, on the technical level, are in favor of upside continuation. Obviously things are dynamic right now and there’s a huge headline risk that can throw the technical picture out the window, however.

The market is pausing around the most recent high and significant level of ~4590. This indicates price acceptance, as sellers have failed to step in and push the price down further, which is a pattern that precedes many breakouts.

What’s most interesting is contrasting the price action against sentiment. Commentators love to say that the market is ‘climbing a wall of worry’ in times like these, and that doesn’t even do it justice. The prevailing sentiment from my point of view is near peak bearishness.

Chart of the Week

This week we’re highlighting the Canadian stock market, the TSX: 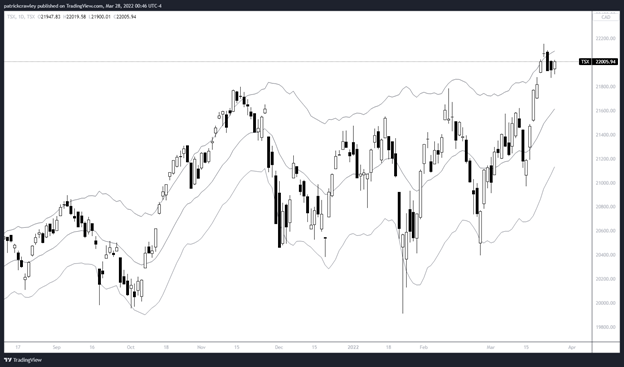 It’s within spitting distance of all-time highs during a global crisis and domestic social instability. This is likely a result of Canada’s very strong natural resources, of which they’re likely to be supplying to the United States at elevated prices.

The US House will vote next week on a bill to federally decriminalize marijuana in the US. This comes amid a flurry of M&A activity that was already creating activity in the sector and the stocks went crazy.

Let’s take a look at Tilray (TLRY), the biggest benefactor, up 60% on the week: 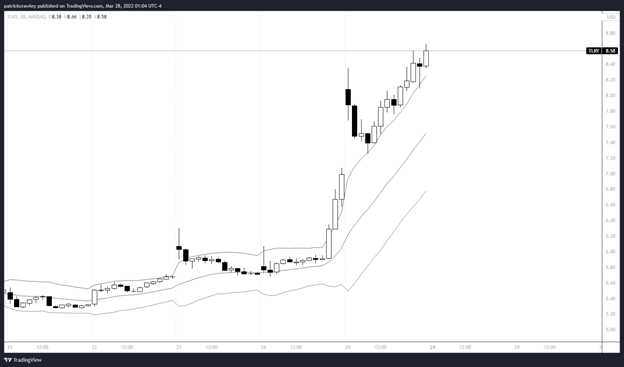 As soon as Putin said this, the price of European natural gas shot up on the news but has since forfeited most of the gains: 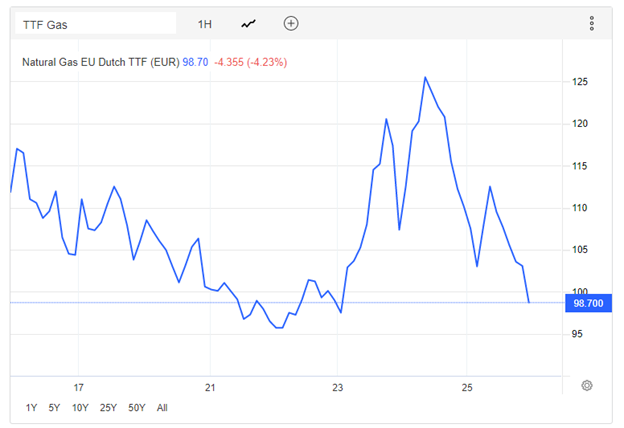 This is clearly a move not only to put pressure on Europe, but to stabilize the significantly damaged ruble. The ruble strengthened a bit this week against the US Dollar and pad their gold reserves, as Russia is largely cut off from the US dollar. 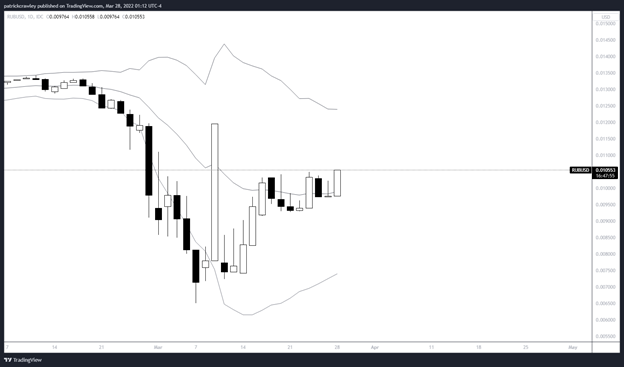 Earnings season is still not quite upon us, as only seven S&P 500 components reported last week, with five of them beating EPS expectations. So far, the sporadic bunch of companies we’ve gotten during off peak earnings season have been mostly surprises.

Last week we got some interesting housing data which came in lighter than expected, as home sales hit 722,000 in February versus an expected 820,000. There might be some hope that home prices will cool down a bit, as the market has been treacherous for prospective homebuyers, even to the point that a Federal Reserve governor is having trouble buying a house.

Surely, part of this reduction in sales is a result of inventory shortages, but also mortgage rates, which have been steadily on the rise. 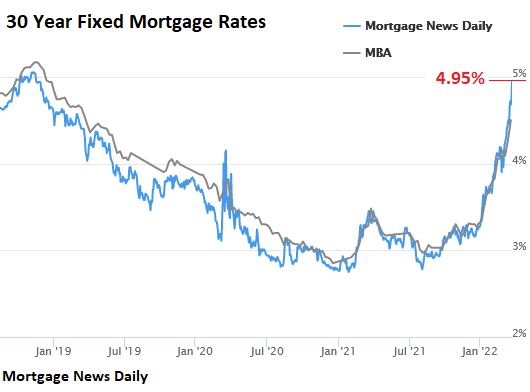 Next week we get some interesting economic data points. By far the most consequential of them is the ISM manufacturing report, which gives us the Purchasing Managers Index number, a crucially important leading indicator on the health of the US economy.